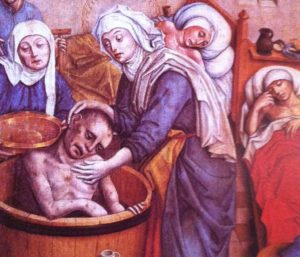 In the Gospel according to Mark, Jesus asked the disciples what they were arguing about on their way to Capernaum. But they remained silent, for they had been discussing among themselves on the way who among them was the greatest. (cf. Mark 9:33-34)

Jesus called the Twelve, and said to them, “If anyone wishes to be first, he shall be the last of all and the servant of all.” Then Jesus placed a child in their midst, and putting His arms around the child, said to His disciples: “Whoever receives one child such as this in my name, receives me; and whoever receives me, receives not me but the One who sent me.” (cf. Mark 9:35-37)

The Gospel of Matthew tells us about the same incident, but added that Jesus said: “Amen, I say to you, unless you turn and become like children, you will not enter the kingdom of heaven. Whoever humbles himself like this child is the greatest in the kingdom of heaven. And whoever receives one child such as this in my name receives me.” (Matthew 18:2-5)

Both Gospels point out, without a doubt, that humility is necessary in the kingdom of heaven. According to Matthew, one must humble himself like a child; on the other hand, according to Mark, one must consider himself as last and the servant of all. However, both Mark and Matthew conclude by saying that whoever receives a child such as this in Jesus’ name receives Him.

Humility can be practiced in many ways, but in this specific instance, it is by putting oneself at the service of others that one puts himself last. However, there is one caveat – sometimes we want to serve others on our own terms, telling people what they should do or should not do; this Gospel passage tells us that humble service is about being like a child who is told what to do and what not to do. But that is not all; it is also about putting oneself at the service of the poor and lowly, who like children, have no way to repay you. It is that kind of humble service that makes one great in the kingdom of heaven. 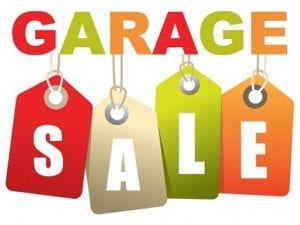 Pre-Christmas Holiday Garage Sale The parish council is planning to have a pre-Christmas holiday garage sale on November 6. Please check if you have items in good condition to donate. We are looking for nice clothes, decorations and home items. Please do not bring old TV, computers, printers, monitors, electronics, mirrors, large furniture, etc. You may start bringing your donations to church on October 3. Thank you!

Confirmation Class will have their first meeting next Sunday (September 26) after the 10:30am Mass. 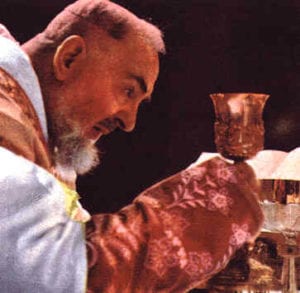 Padre Pio, also known as Saint Pio of Pietrelcina (25 May 1887 – 23 September 1968), was an Italian friar, priest, stigmatist and mystic. On the morning of Friday, September 20, 1918, when he was praying in the small chapel, he received the grace of the five sacred wounds; these wounds would open up and bleed for half a century. Throughout his life, Padre Pio devoted himself to performing his duties as a priest. He established several prayer groups and opened a modern hospital named ” La Casa sollievo della sofferenza” (The Home for the Relief of the Suffering). Padre Pio is widely known for bearing the stigmata for most of his life since 1918. He entered the Franciscan Order of Capuchins on January 22, 1903, and named him “Pio”. Padre Pio died in San Giovanni Rotondo on September 23, 1968, at the age of 81. On June 16, 2002, he was canonized a saint by Pope John Paul II.