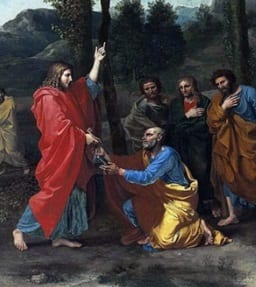 Keys of the Kingdom

Since the beginning of His public life, Jesus chose certain men, twelve in number, to be with Him and to participate in His mission. He gave the Twelve a share in His authority and sent them out to preach the Kingdom of God, to heal the sick and to drive out demons.

Jesus gave Simon Peter primacy among the Twelve. When Jesus asked the Twelve who they thought He was, Peter had confessed: “You are the Christ, the Son of the living God.” (Matthew 16:16) Jesus said to Peter in reply, “Blessed are you, Simon son of Jonah. For flesh and blood has not revealed this to you, but my heavenly Father. And so I say to you, you are Peter, and upon this rock I will build my church, and the gates of the netherworld shall not prevail against it.” (Matthew 16:17-18) The Father singled out Peter as the recipient of this divine revelation, and therefore Jesus also singled out Peter as the rock upon whom He will build His Church.

In addition, Jesus entrusted a specific authority to Peter; He said, “I will give you the keys to the kingdom of heaven. Whatever you bind on earth shall be bound in heaven; and whatever you loose on earth shall be loosed in heaven.” (Matthew 16:19) What is the significance of the keys? In the Book of the Prophet Isaiah, God told Isaiah to prophesy that Eliakim was to replace Shebna as the royal steward of King Hezekiah: “I will place the key of the House of David on his shoulder; what he opens, no one will shut, what he shuts, no one will open.”(Isaiah 22:22) The keys signify the authority to govern: in the case of Eliakim, he was given the authority to govern the House of David; in the case of Peter, he was given the authority to govern the Church on earth.

Matthew 16:13-20 should be read in conjunction with John 21:15-17. Jesus asked Peter three times if he loved Him and each time Peter answered “Yes.” (John 21:15)  Jesus then said to Peter: “Feed my lambs; tend my sheep; feed my sheep.”(John 21:15-17) In doing so, Jesus before He ascended into heaven, confirmed His mandate to Peter, making Peter the chief shepherd of Jesus’ flock on earth.

In the Catholic Church, these scripture passages form the basis of the primacy of the Pope, of which Peter was the first. While the other apostles were destined to become co-builders of the Church with Peter, they were nevertheless to work under his authority, and never independently of him. All twelve apostles were to govern the Church until the end of time through their lawful successors, the bishops. 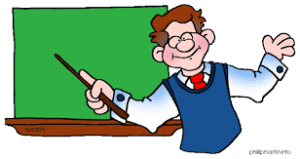 Faith Formation has gone online! Online classes for children, teens and adults are now posted in our church website. Lessons will continue to be added, so check our website frequently.

If you have used ink cartridges, don’t throw them away! Please bring them to the church office. Every ink cartridge we recycle gives us $2 off for our next ink purchase. Any size ink cartridge is accepted. 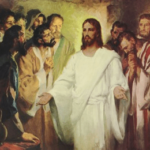