The Holy Martyr Saints of China

Today we celebrate the feast day of the Holy Martyr Saints of China. 19 years ago, on October 1st, 2000, Pope John Paul II canonized 120 martyrs of China. Of the 120 saints, 87 are Chinese and 33 are foreign missionaries. Among them are 6 bishops, 23 priests, 8 monks (one of whom was a novice), 7 nuns and 76 lay people (two of whom were catechumens). According to historical records, the Catholic faith was officially introduced to China during the Yuan Dynasty (13th century). From the Yuan Dynasty to the present, great sacrifices are still being made for the faith. Let us imitate the Chinese saints in their faithfulness and unyielding love for God. At the same time, let us also pray in communion with the faithful Catholics in China.

Beginning July 14, English classes will be offered in our church. Classes will be held on Sundays from 12:30 to 1:30 pm. Classes are free, but participants are asked to pay for the books and materials. The books, CDs and class materials cost around $35 per student and are yours to keep. Please sign up with Xiu Hong Chen so that we can determine how many books we need to order. Fr. Lou Aldrich, S.J. is visiting our parish community on July 27-28, 2019. He will be giving a one-day seminar on July 27 from 10 am to 4 pm; the topic is: Spiritual Warfare. Fr. Aldrich is a professor of theology at Fu Jen University in Taipei, Taiwan and is also involved in evangelization work with the Chinese Lay Missionaries Foundation. St. Anna Wang was born in the Xingtai Hebei Province in China in 1886 to Catholic parents and lost her mother at a young age. Anna was fervent in her faith, intently studying the Catechism and continually devoting herself to pious exercises. At the age of 10, Anna dedicated her whole life to God.

On July 21, 1900, a Chinese political and religious group called the Boxers began a bloody persecution against Christians in China. As the Boxers approached Anna’s village, she took shelter in the nearby Catholic school with a group of Catholic women. With determination in her eyes, Anna led the women in prayer and helped them persevere in their faith through her words of encouragement.

Eventually a group of Boxers reached the school, and the leader told the women to renounce God or die. As the Boxers led away Anna’s stepmother, Anna cried out, “I want to believe in God. I want to remain a Catholic. I do not want to leave the Church! Jesus help me!” The next day, the Boxers took the women to their execution and once more demanded that they renounce their faith. Anna responded by kneeling, holding her hands towards heaven, and calmly saying, “The door of heaven is open for all!” She whispered, “Jesus, Jesus, Jesus” as she was killed. Witnesses spoke of her bravery and peace. Anna was confident in Jesus’ love for her and the promise of eternal life in heaven with Him. 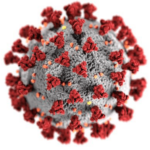 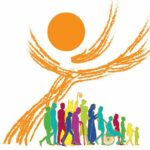