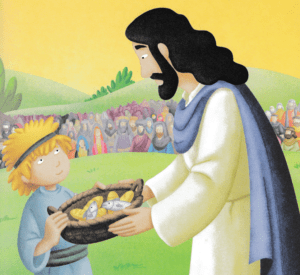 Why was the miracle of the Feeding of the 5000 so significant that it was mentioned in all 4 Gospels? Some people say that it was the miracle was a sign that Jesus is the Messiah; others say that it showed the great compassion of Jesus; still others say that it was the greatest public demonstration of Jesus’ power and authority. According to the Catechism of the Catholic Church: “the miracles of the multiplication of the loaves, when the Lord says the blessing, breaks and distributes the loaves through His disciples to feed the multitude, prefigure the superabundance of this unique bread of His Eucharist.” (CCC 1335) Therefore, the Feeding of the 5000 is so significant because it prefigured the Institution of the Eucharist at the Last Supper. Let’s go through the Gospel passages one more time to find out how this is so.

Jesus and His 12 disciples traveled all over the land teaching people about the Kingdom of God. At the same time, Jesus cured the sick and drove out demons. One day, when the Jewish feast of Passover was near, a large crowd followed Jesus because they had seen the miracles He had performed. (cf. John 6:2, 4) Because there were so many people following Jesus and His disciples, they were very tired, and they could not even find time to eat or rest. (cf. Mark 6:31)

Take note that John’s Gospel mentions that the Jewish feast of Passover was near; this is the first hint that the miracle of the Feeding of the 5000 prefigured the Institution of the Eucharist at the Last Supper, because the Last Supper took place during Passover.

Jesus took the five loaves and the two fish, looked up to heaven, He said the blessing, broke the loaves, and gave them to the disciples, who in turn gave them to the crowds. The crowds ate are were satisfied. They gathered the left-over fragments; from the 5 barley loaves, they filled 12 wicker baskets full of leftovers. (cf. Matthew 14:19-20, Mark 6:41-43, Luke 9:16-17, John 6:11-13)

The second and more important hint was the actions which Jesus performed during the miracle and during the Last Supper: He took the bread, blessed and broke it, and gave it to His disciples. (cf. Matthew 26:26, Mark 14:22, Luke 22:19) Back then, at the Feeding of the 5000, Jesus fed the multitude and all were physically satisfied; today, at the celebration of Holy Mass all over the world, multitudes are fed with the Eucharist – spiritual food so that the faithful can grow in their spiritual life.

Postscript: What is the significance of the 12 baskets filled with leftover fragments? Most people agree that it represents the 12 tribes of Israel. However, one commentary suggested that the 12 baskets may also allude to the Jewish tradition of the 12 loaves of the “Bread of the Presence” or “Showbread” in the Temple. The priests ate the 12 loaves every Sabbath and replaced them with fresh ones. As the number of priests increased, it became necessary that each priest received only a morsel. But the miraculous thing is that even as each priest ate only a crumb of bread, all were satisfied. 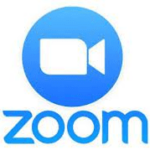 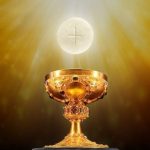