Making Use of God’s Grace

HomeReflections Making Use of God’s Grace 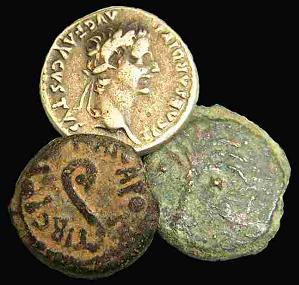 Making Use of God’s Grace

The Parable of the Talents has commonly been interpreted as a teaching for people to make use of the talents which God had given them. Stated differently, those who have certain talents should not waste them by not using them. Therefore, those who have artistic talents should engage in the arts, those who are good in math and science should also use their talents.  Faithful use of one’s talents will lead to participation in the kingdom of heaven, while lazy inactivity will lead to exclusion from it.

Because the first two servants doubled what had originally been given to them, the master acknowledged their fidelity in small matters; therefore, the master will give them great responsibilities. In addition, they will also share the master’s joy in his kingdom.

The servant who got only one talent did not do as the other two servants. He buried the talent in the ground, and when the master returned, he gave it back to his master. The master called him a wicked and lazy servant. The servant’s laziness was no small thing; in fact, it was such a serious matter that the master could not simply overlook or forgive what he did and didn’t do. As punishment, not only did he lose the one talent given to him, he was also thrown into the darkness outside, where there will be wailing and grinding of teeth.

What if the talents in the parable represent the God-given grace to overcome sin? The first two servants made good use of the grace God had given them, and in doing so, multiplied the grace they had received. For instance, a person with an anger problem had been given by God the gift of patience. That same person co-operates with the grace God had given him by making the effort to look for solutions and implementing them. Gradually, not only was he able to control his anger, he also developed a kinder and more understanding attitude towards others. On the other hand, a person who would not make the effort to work with the grace God had given him would indeed be a wicked and lazy servant.

The servants who received more talents represent the sinners, tax collectors and prostitutes. They needed more graces for their conversion, and they made good use of it. They multiplied the graces they received by becoming disciples of Christ and spreading the Gospel. The servant who got only one talent represents the scribes and the Pharisees. They needed only one grace – the grace of faith. And yet, by refusing to believe in Christ, they buried that grace and remained without faith.

The two parables in chapter 25 of the Gospel of Matthew, namely the Parable of the Ten Virgins and the Parable of the Talents, really go together; the first one teaches us the importance of being prepared, and the second one teaches us how to be prepared. These two parables conclude with the Judgment of the Nations. There, Jesus describes how the good and the bad will be separated, the former to eternal life, and the latter to eternal punishment. Are we really ready for the Second Coming of Christ? Is there still some God-given grace which we have not made use of?